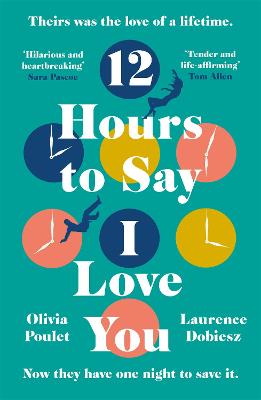 12 Hours To Say I Love You : Read the most romantic and heartwrenching book of 2022

The journey of a love story, told from both sides. Warm, tender and original. Perfect for readers of David Nicholls and Jojo Moyes
R 301,75 R 355,00 A Most Unusual Duke

Bridgerton meets Werewolves Within in this sparkling shapeshifter Regency romance mixed with humor, steamy chemistry, and fantasy. The Duke said he'd never get married... The Prince Regent insists his cousin and fellow bear shifter Arthur Humphries, the Duke of Osborn, take a mate to ensure the continuation of their species. After all, Arthur is an Alpha, so he must set a good example. The duke would very much prefer to continue his comfortable bachelor lifestyle, but the Prince Regent is not a
R 175,00 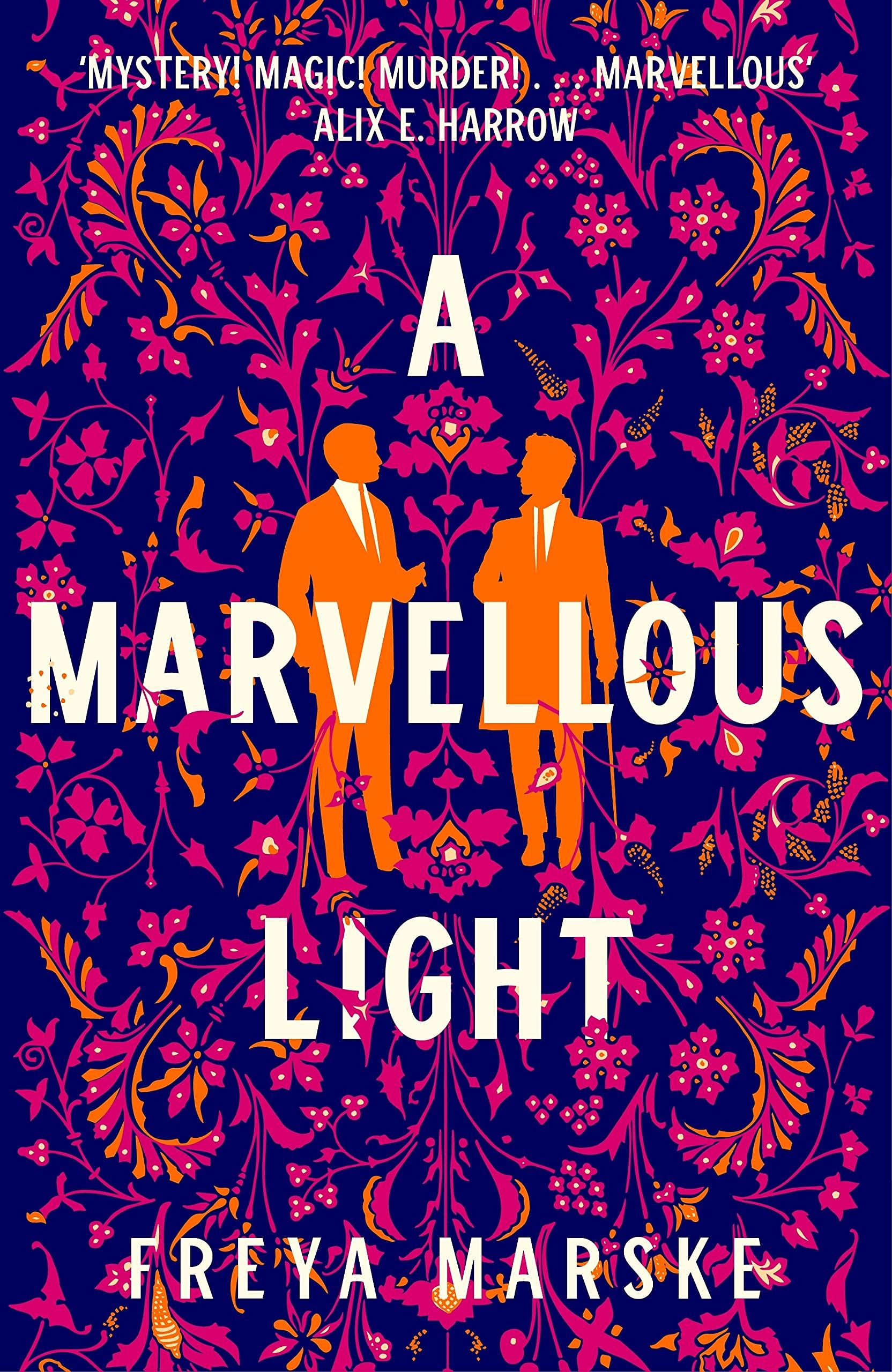 A delightful historical romp, perfect for fans of The Binding and The Invisible Library. In an alternative Edwardian England, a Baronet and a magician must unravel a murder mystery together - whether they want to or not.
R 340,00 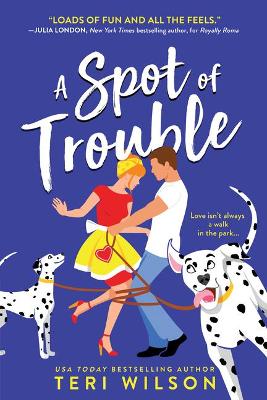 A Spot of Trouble

Adorable dogs, hilarious hijinks, and true love are in store in this enemies-to-lovers romantic comedy from USA Today bestselling author Teri Wilson! Violet March and Sam Nash are as different as night and day and have been enemies ever since Violet accused Sam of dognapping her beloved Dalmatian. Sam knows that would never happen-his well-trained fire safety demonstration dog never steps out of line, whereas Violet's problematic pooch has never met a command that she didn't ignore completely,
R 290,00 The compelling, heart-wrenching and uplifting story of one mother's love and loss 'Life-affirming, tender and wise. Wonderful' Josie Lloyd 'Filled with hope and humanity' Araminta Hall 'Truly moving. I've just finished wiping away the tears' Joanna Nadin _______ The hardest thing about love is saying goodbye . . . On a beautiful late-summer's morning, Cate Challoner's daughter, Beth, heads to the beach with her best friend. The girls will spend the day flirting with boys and enjoying the thr
R 215,00 Whereas most people barely bat an eyelid when a middle-aged man becomes romantically involved with a girl more than thirty years his junior, a mid¬dle-aged woman who takes on a youth that much younger than her is accused of having a ‘toy boy’.
R 204,00 R 240,00 A Burning Desire : A Novel

Have you ever desired something so much that everything else does not matter? A burning desire is all about two hearts, two life journeys, and burning desires that cannot be ignored. One desires an unending love, while the other desires to fulfill a promise made to their loved ones.
R 246,49 R 289,99 An Act of Love : A sweeping and evocative love story about bravery and courage in our darkest hours

Be swept away with this breathtaking and beautifully written wartime romance set deep in the French Alps 'A moving story of love and friendship' KATE MOSSE 'Each sentence shimmers' MY WEEKLY 'A virtual hug of a tale' JOANNE HARRIS 'Exciting, evocative' DAILY MAIL 'Emotional and moving' FIONA VALPY ________ France, 1943. Forced to flee war ravaged Poland, Sara and her parents are offered refuge in a beautiful but dilapidated house in the French Alps. It seems the perfect hideaway, despite
R 190,00 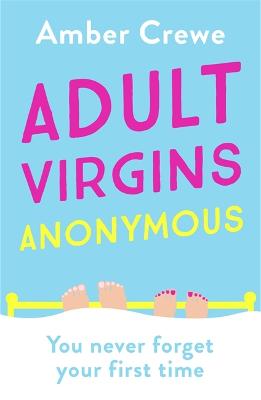 Adult Virgins Anonymous : A sweet and funny romcom about finding love in the most unexpected of places

A self-help group for adult virgins is the last place Kate and Freddie ever expected to end up, but it might just be the making of them both.
R 182,75 R 215,00 A Question Mark is Half a Heart

THE INTERNATIONAL BESTSELLER 'A beautiful tale' The Sun 'Such an engrossing and affecting story of love and loss - and the inescapable shadows cast on the present by the past' Joanna Glen
R 195,50 R 230,00 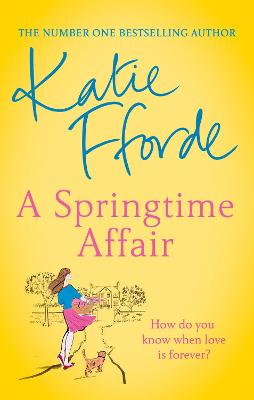 A Springtime Affair : Could new love lead to a happily ever after?

_________________ 'Thank goodness for Katie Fforde, the perfect author to bring comfort in difficult times. She really is the queen of uplifting, feel good romance.' AJ PEARCE _________________ A wonderfully romantic novel from the Sunday Times bestselling author of A Rose Petal Summer and A Country Escape. It's the season of new beginnings for Helena and Gilly. Gilly runs her own B&B business from her much-loved family home, which she doesn't want to part with - at any price. But that's bef
R 215,00 About a Rogue : Desperately Seeking Duke

The eBook edition of About a Rogue includes a bonus short story in Caroline Linden's Desperately Seeking Duke series! The first book in the new series Desperately Seeking Duke from USA Today bestselling and RITA award-winning author Caroline Linden. It's no love match... Bianca Tate is horrified when her sister Cathy is obliged to accept an offer of marriage from Maximilian St. James, notorious rake. Defiantly she helps Cathy elope with her true love, and takes her sister's place at the al
R 119,00 R 140,00 An Act of Defiance

Harare, 2000. Gabrielle is a newly-qualified lawyer fighting for justice for a young girl. Ben is a charismatic junior diplomat. With pressure on Gabrielle to drop her case, they begin a love affair. But when they both fall victim to a shocking attack, their lives splinter across continents, forcing Gabrielle on a journey towards self-realisation.
R 242,25 R 285,00 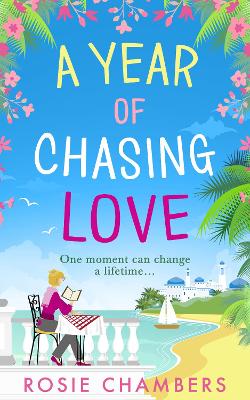 A Year of Chasing Love A Cowboy for Christmas : Includes a bonus story A Tapestry of Treason

'Gripping' The Times 'Fans of Philippa Gregory and other historical fiction writers will love Anne O'Brien's A Tapestry of Treason' Yours
R 280,50 R 330,00 After facing desperate heartache and loss, Mercy agrees to escape a bleak future in London and join a bride ship. Wealthy and titled, Joseph leaves home and takes to the sea as the ship's surgeon to escape the pain of losing his family. He has no intention of settling down, but when Mercy becomes his assistant, they must fight against a forbidden love.
R 229,49 R 269,99 Adelaide, The Royal Mistress is the second instalment of The Royal Mistress sequel. It follows an interesting life of a princess, Rotshidzwa, who doesn’t believe in love but is given an ultimatum to get married to a prince in order to access her father’s estate.
R 255,00 R 300,00 A Promise of Hope : An Amish Novel In a small Cotswold country town, Beth, Lindy and Rachel are looking for new beginnings. So they set up in business, organising stylish and perfectly affordable vintage weddings. Soon they are busy arranging other people's Big Days. What none of them know is that their own romances lie waiting, just around the corner...
R 215,00 The next much-anticipated romantic chapter in Billy and Sophie's love story from bestselling author Giovanna Fletcher.

Sophie's got used to being the girlfriend of Billy Buskin, the biggest movie star in the world. Sort of.

But when she and Billy take a trip to visit his family in Los Angeles, she quickly discovers she's totally unprepared for the chaos of Hollywood, the paparazzi and Billy's controlling mother. A Kiss At Midnight : Number 1 in series